Well. It seems that there are more twists in the tale of the financial crisis than in a Quentin Tarantino movie. Euro-woes and the RBS IT meltdown have been knocked off the front pages by the latest gut-wrenching plot twist. Barclays Bank involvement in fixing the LIBOR rate, with the likelihood that other banks were also involved. 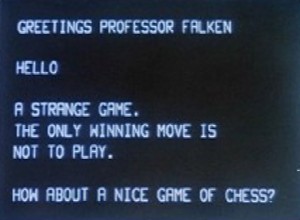 Every news report will tell you that the LIBOR rate ‘underpins trillions of pounds worth of loans’ and contracts. I’ve heard of LIBOR before, and I already knew that it was critical to financial markets in the UK and globally, but, silly old me, I’d thought this rate was set using an advanced model, calculated with spreadsheets and number-cruncing whirring computers with flashing lights and green screens and spinning tape wheels spitting out the right rate based upon banks transactions with each other.

Apparently not. Instead, each day, a ‘named individual’ can apparently pluck a number from thin air and submit it to the BBA. The number should be the answer to this question:

At what rate could you borrow funds, were you to do so by asking for and then accepting inter-bank offers in a reasonable market size just prior to 11 am?

We now know that trust alone is not enough.

Don’t get me wrong, I’m not saying we should disagree with everyone, on everything, that’s Labour’s thinly disguised policy de jour. Where there is common ground we should, as a party, embrace it and work to achieve common goals with political, commercial and social organisations. But, where we spot something that goes against conventional political wisdom, we should not be afraid to stand up and, for want of a better phrase, call Bravo Sierra.

We have form on this already. Exhibit A? Vince Cable highlighted problems in the financial sector, whilst Gordon Brown was still peddling ‘the end of boom and bust’. Exhibit B? As a party we also opposed attacking Iraq whilst other parties were beating the drums of war. Exhibit C? Our stance on Europe.

Liberal Democrats must constantly be identifying these kinds of contrarian opportunities and making the most of them and not be afraid to let public opinion find it’s way to us, rather then the other way around.

My suggestion for a contrary viewpoint? The Communications Capability Development Programme would be a nice start.