By Jason Mehmet on December 3, 2014 in Business, Technology 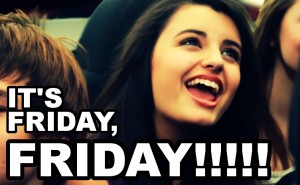 Gotta get down on Black Friday?

Christmas-time capitalism keeps many retailers going for another year, but squeezing deals into such a narrow time frame can have social consequences. There is no doubt that the people literally fighting to take advantage of Black Friday deals are increasingly likely to be amongst the most disadvantaged within our community.

But it doesn’t have to be a mad scramble for the best deals. The major retailers have records of our individual spending habits going back years. Through loyalty card schemes and personal website accounts they already know when we splash out and what we look for deals on. They know our eating, drinking, reading and watching habits. In short, between them, there is nothing the retailers don’t know about us.

The big trade off we make when giving up this priceless personal data is what we are meant to get in return. In some cases we get points to spend on products, in other cases we get vouchers off our next shop. Occasionally, just occasionally, we might get sent an offer that’s so clearly tailored to our historical purchasing habits that it’s scary.

Contrast this with the scatter-gun approach of Black Friday.  Retailers stock up physical shops with special offers, and place a limit on the deals to be had – either a time limit or ‘whilst stocks last’. The offers are available on a first-come-first-served basis so Black Friday fails to reward regular customers in favour of a smash-and-grab system that is biased towards those who don’t have to go to work on that particular day.

With all our personal shopping data at their disposal, surely the retailers can find a better way to run their Black Friday deals? Couldn’t they nurture loyalty by offering their regular customers tailored offers? Imagine Black Friday being the day when a book of vouchers lands on your doormat that are tailored to you. With a few killer deals, and a few nice-to haves. And maybe the voucher codes can be used both online or in store?

Perhaps an example would help put this in context.

I bought a games console at Game a few years ago. They must know this because at the same time I signed up to their loyalty card. So Game know I have a PS3. They know I bought an extra controller pad for it, and they know I bought the remote control for watching DVDs and Blu Rays with it. So it’s quite a serious gaming habit I have, but considering I bought the remote control, it’s a safe bet that I watch a lot of films on the PS3.

I’ve had thePS3 for just over 3 years –  about the time people spend with a console before looking for a new one.

If I were Game, I would have used the data they already have on me to have tempted me to upgrade to the PS4. Perhaps they could have thrown together a few console bundles  based on the buying habits of my demographic? Maybe a new PS4, plus a few games and an extra controller for a rock-bottom price? Throw in some decent Blu-Ray films? Maybe a trade-in deal for my old console? Something tells me that there are any number of thirty-something gamers out there who would love such an offer.

But no. All I got from Game this year was the usual scatter-gun e-mails (stop telling me about XBox deals when I’ve never shown a preference for Xbox merchandise!), and a website that seemed to be down more often than it was up. Which explains why I bought my new console elsewhere. I did still have some remnants of loyalty though. I did go in to Game to purchase some PS4 games, and having spent a not-inconsiderable amount I thought I’d rack up the rewards, but again I was disappointed with the single, painful pitiful point that my loyalty earned me.

On top of that I was told I’d missed out on a Black Friday controller deal, but if I wanted to I could now pay full price for a PS4 controller. The number of bloopers from Game this Black Friday just seemed to mount up. A creaking website? Stingy points levels? No actual rewards from using the reward card? If that’s how my loyalty is repaid, I’ll give it a miss thanks!

This example could apply to the clothing retailers that my wife frequents. Her account on the website of a well known high-street department store must be a rich mine of information. They know her dress size, and probably the age of our daughter. Why wouldn’t they put together some targeted offers for the sizable demographic that my wife is a part of (a mother who also shops for a young child)?

For all the talk about big data, retailers still have a long way to go to join up the dots. This isn’t a failure of technology. It’s a failure of imagination. I hope to see personalised Black Friday deals that are more sophisticated than the usual random marketing, that reward consumers for loyalty and that aren’t limited to a 3-day period. Until then retailers should see Black Friday as a double edged sword. Sure, it’ll boost short-term sales, but if the customer experience isn’t what it should be, people will take their business elsewhere, not just for Black Friday, but for the rest of the year.

On Julien Blanc, I agree with Lynne
Pay and Stay Policies